The Chamberlain Block, fronting on Keene’s Central Square, is actually composed of two structures. The smaller building was built about 1824 and expanded to four floors in 1857. The larger building was built 50 years later in a Victorian Romanesque commercial style, and was one of Keene’s first large ‘department’ stores. After many years of being hidden by the overscaled false Chippendale sign board marking its use by Sears, the structure was abandoned in 1993. 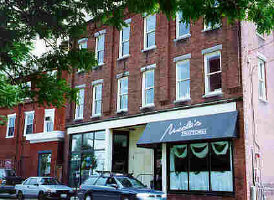 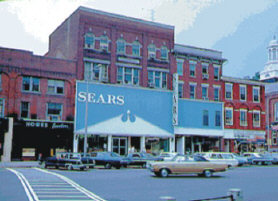 A mixed-use restoration was undertaken. The overall $1 million budget was used to renovate 12 units of efficiency and 1-bedroom affordable housing, as well as convert vacant space into new commercial and retail uses.